Trinity St Mary's C of E Primary School has been in Balham for over 150 years. 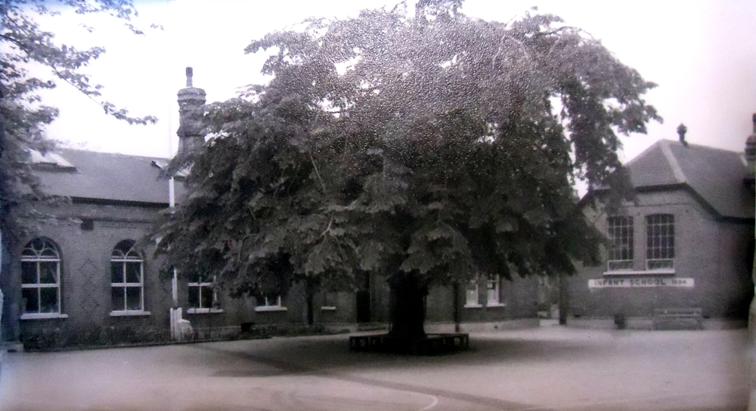 The Elm tree that used to be in the playground 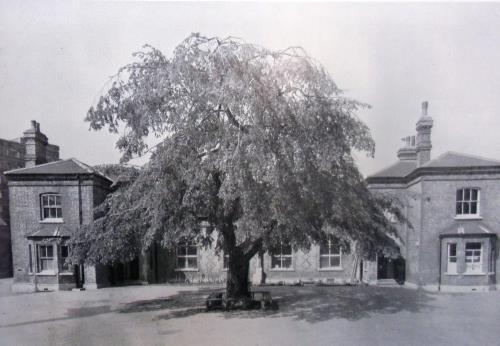 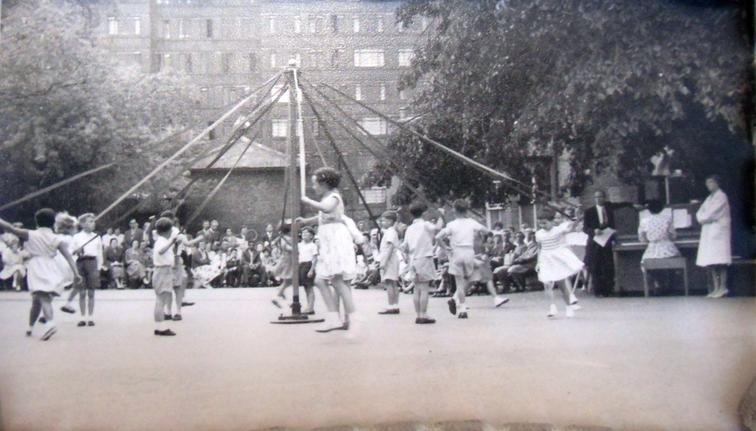 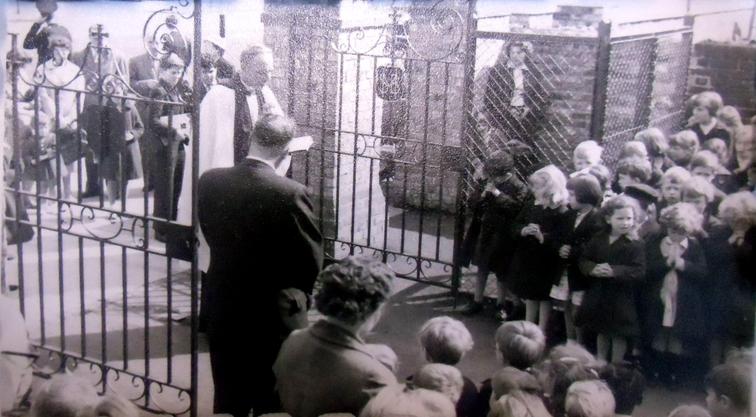 The history of TSM reflects the history of Balham which began to grow from a simple village to a full London suburb when the railway arrived here in 1856. The foundation of the school was driven by the parish church of St Mary, which was founded in 1805 as a simple propriety chapel, the shares of which were bought up by Benjamin Harrison, the wealthy, autocratic Treasurer of Guy’s Hospital, and presented to the newly created parish as St Mary’s church.

The Infants school in Balham New Road expanded with two classrooms added in 1871 and 1874 (The 1870 School Act inaugurated Compulsory Education for all children so more places were needed) and it stayed in Balham New Road until 1884 when the infants’ department moved to a new building at the main school site and its Balham New Road buildings were sold at auction.

Meanwhile, from its foundation, the main school had separate Heads (Mr John Caine and Miss Emma Robinson according to the 1861 census) for the boys’ and the girls departments with separate houses provided for the Heads on site, and, as was customary, the boys and girls were taught separately, the boys at the back of the school and the girls at the front. There were two large schoolrooms and two small classrooms. In 1898 the buildings were enlarged for the pupils and the master’s house was converted to a large classroom for the girls; by the 1901 census neither of the two heads were living on site.

In 1906, changing fashions allowed boys and girls to be educated together and the school became a combined junior school under the single headship of Mr Albert J Sarjeant, the previous head of the boys’ school. As had been the case from its foundation, the school kept children from the infants until they left at age 12, 13 or 14, to go to work or be apprenticed.

During World War II, the school was evacuated to Bognor Regis and its empty buildings were used as a munitions factory. With its return after the war the school became a Junior Mixed and Infants school in line with the provisions of the 1944 Education Act and all children now left at 11 plus after taking the “Junior Leaving Exam” to determine the type of secondary schools they would attend. Its buildings being the property of and its governance the responsibility of the church, it was a “non-provided” school, but in 1951 St Mary’s School applied for Voluntary Aided status, which was granted from 5 March 1951.

In 1991 the Local Authority needed to greatly reduce its provision of infants’ school places and Holy Trinity CE School at Upper Tooting with a total school roll of only 53 was an obvious candidate for closure.   That school was closed in 1992 and its existing pupils were offered places at St Mary’s Balham.    The name of St Mary’s School was changed to Trinity St Mary’s CE School (TSM for short) to reflect the contribution of Holy Trinity children to its evolving character and to keep alive the memory of the contribution which Holy Trinity School, founded in 1863 by the parish of Holy Trinity church, Upper Tooting under the same conditions as St Mary’s School, had made to the improvement of the lot of local children.

Over the years, TSM has always done its best to fulfill its original mandate to educate all children and allow them to achieve their full potential in every area, whilst ensuring they know and understand the tenets of the Christian faith, nurturing and enhancing their developing spirituality.  This Christian emphasis continues today, though in a multicultural society the school is completely inclusive, with children (and staff) of all faiths and none and the views of all are respected with children learning about other faiths.   Academic results are excellent but children admitted to the school are not “cherry picked” to ensure this; each child is valued for themselves, regardless of their particular circumstances or prior attainment.

Continuing its role of service to the community, in 2018 TSM opened “Tiny TSM”, a nursery for two year olds to add to its existing Nursery class for 3 year olds. This was at the request of parents who were already delighted with the care that their older children were receiving.  Children in Tiny TSM receive a programme that is both caring and educational; their progress is tracked and recorded by professional staff and they are considered an integral part of the school community.

Unfortunately not the ones with chocolate chips.

Some cookies are necessary in order to make this website function correctly. These are set by default and whilst you can block or delete them by changing your browser settings, some functionality such as being able to log in to the website will not work if you do this. The necessary cookies set on this website are as follows:

Cookies that are not necessary to make the website work, but which enable additional functionality, can also be set. By default these cookies are disabled, but you can choose to enable them below: